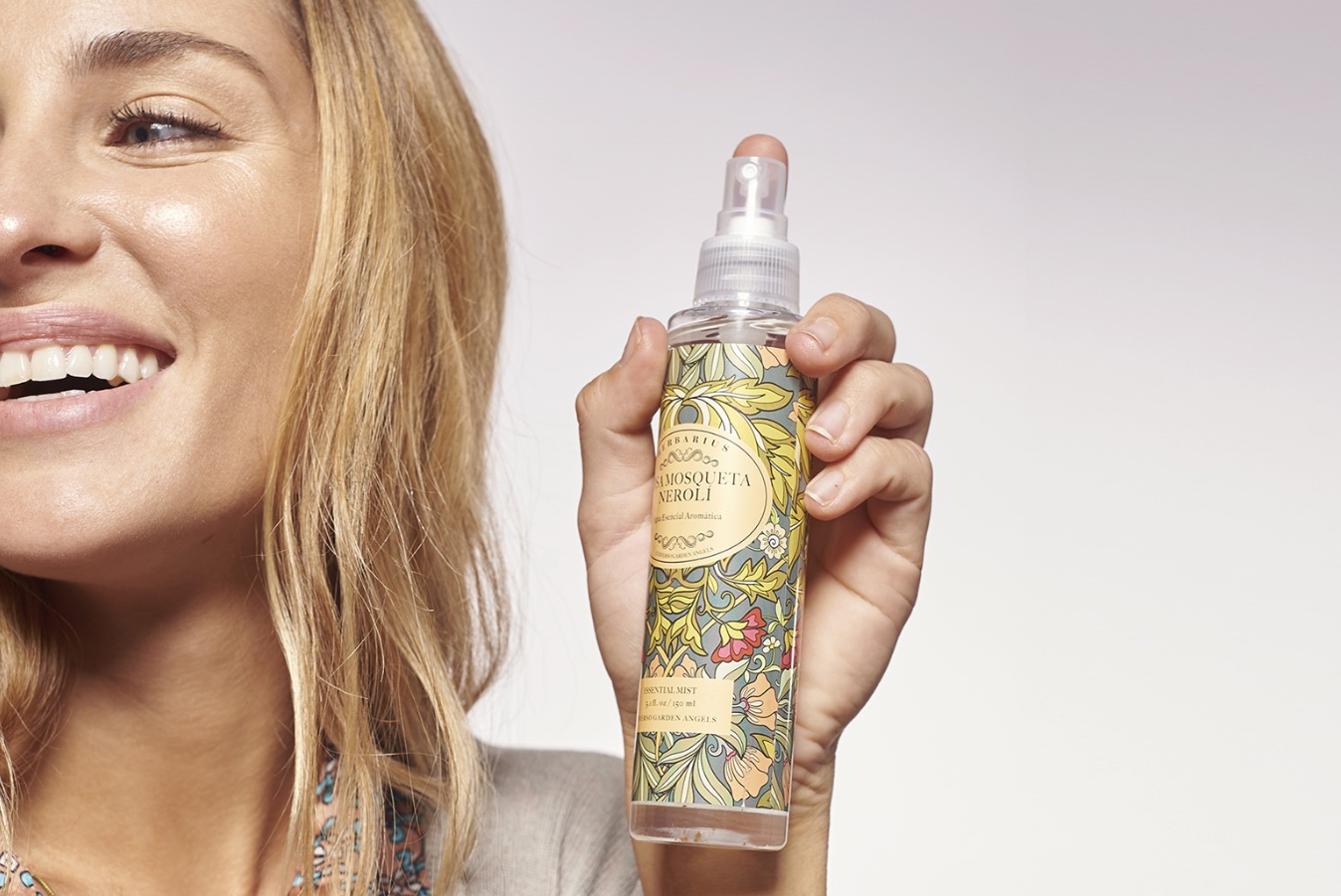 Aromatherapy, which is the use of essential oils for the benefit of Health, is ancient. Although it began as a therapeutic technique in France in 1928, its origin dates back to the time of the Pharaohs in Egypt. When they opened the Tomb of Tutankamonn they found there alabaster vessels with Incense, this happened in 1922 and had been placed in the year 3,000 before the Christian Era.

Aromatherapy is the name given to the practice that uses essential oils for the benefit of health. Essential oils are found within plants, they are not the entire plant, but they have the same organic substances that keep it alive.

Essential oils act through the smell and the skin because the brain, nervous system and sensory organs are derived from the ectoderm, the outer layer of the embryo, from which the skin also derives. This common origin means that an intimate connection between them is maintained throughout life.
Aromatherapy is a very old therapy. The application of essential oils from plants has been practiced since the dawn of humanity, although not as we know it today.

Burning plants was a primitive practice. The smoke carried the aroma and the essential oils volatilized. Hence, the word perfume: from the Latin per (through) and fumun (smoke). Primitive healing was based on different ritual practices, just as today, shamanic traditions consider that the shaman, the doctor of the tribe, is the one who knows the art of healing because he knows all the herbs and their applications.

Through the ages, from primitive origin to current use, aromas and plants have accompanied all civilizations.

It is impossible to know the exact moment in which the plants began to be used for medicinal purposes. It is very probable that the science of aromas had its origin in the first medical practices of primitive peoples.
Perhaps, when man learned to light fire, the aromatic fumes of certain herbs were the initial stimulus to use them in meals. Gradually, it is likely that the sensations produced by the aromatic molecules carried in the smoke have generated both pleasant states and drowsiness that alleviated aches and pains or other discomforts.

Smoking when burning plants was one of the first treatments to ward off the disease, since, in the past, it was thought that it was produced by evil spirits. Also for this reason, many plants were considered sacred and offered to the gods.

The Egyptians, long before other peoples, used the essences of plants to create perfumes, which in their ceremonies occupied a prominent place. In the British Museum you can see alabaster vessels, which were made 3000 years BC. to contain scented oils.

Just as they invented the art of construction, creating the pyramids and majestic monuments for their gods, they were an advanced people both for architecture and for the way they worshiped their gods and Egyptian doctors were priests and perfumers.

Doctors were Perfumers and Priests in Egypt, they healed people with scents. When in France, René Gattefossé discovered the healing powers of essential oils, he began the development of this wonderful technique that starts with the application on the skin of essential oils or by their olfactory stimulation.
The sense of smell is fundamental to life. When the odoriferous molecules make contact with the internal mucosa of the nose, a nervous stimulus is triggered that gives rise to the olfactory nerve that reaches the brain and triggers automatic and involuntary reactions.

The cerebral cortex, where the type of aroma is perceived is discriminated; the hypothalamus, which regulates neurovegetative and hormonal life, and the limbic system where memory, evocative and sensitive memory are stored.

Pure essential oils are extracted from plants and can be applied to the skin, diluted in carrier oils or creams. They act by generating different states according to their characteristics. Some essential oils have energizing and stimulating effects.

Greek and Latin authors have left descriptions of the use of perfumes and essential oils by the Egyptians. References in the Bible also account for the use of aromas for ceremonial purposes.

“The Ebers papyrus, dating from the 18th dynasty, reveals that Egyptian physicians had complete knowledge of the properties of a large number of herbs. Here’s a recipe for eye inflammation (translated from hieroglyphs):

More than sixty different essences were obtained in the 16th century, at which time France became the main center for the production of perfumes and essential oils.

However, it was not until 1928 that aromatherapy was baptized as such, thanks to the fact that René Maurice Gattefossé, while working with essential oils in the field of cosmetics, accidentally burned his hand in the laboratory. To calm the burning, she dipped it in lavender essential oil and found it cooling and preventing pain. For several days, he did this practice. Such was the interest in this revelation that he began to study the properties of pure essential oils and, in 1932, wrote a book on the subject.

Marguerite Maury, an Austrian biochemist, pioneered the use of aromatherapy combined with massage. He realized that although he initially found the effect of the essential oil on the skin, there were also changes in mood. Based on his findings, he opened the first aromatherapy clinic in London.

Today, many doctors and scientists take aromatherapy as a true science. In the United States, Dr. Susan Schiffman, Professor of Medical Psychology at Duke University, has conducted research with essential oils, finding calming effects on anger and anxiety, and discovered the relaxing effects of some essential oils.

The essence of lavender is used in hospitals, since, in addition to being soothing, it is antiseptic. In Japan, they vaporize work environments with mint because it clears the mind and allows more concentration. In Argentina, there is a current of professionals in the health area that is slowly approaching this therapeutic technique.

Universe Garden Angels has developed a large number of Aromatherapy products. They contain pure essential oils in the bases of Creams or Vehicular Oils to solve common problems, aches and pains in a natural way. They are used externally. Both by smell and in applications on the skin.

PIPERITA MINT: Mint is an aromatic herb from which it is extracted. An oil that has the quality of being refreshing and warming at the same time. Its YIN property is recognized. Excellent to calm the headache. Useful in colds and flu, especially in early stages.

ROMERO: Antispasmodic, clears the mind of confusion, is considered cephalic for this.

LEMON: in bronchitis and flu. Antibacterial and bactericidal. Digestive tonic. Astringent. It is believed to be anti-viral.

LAVENDER: it is the most analgesic of all the A. E. It also calms the nervous system. For pain of nervous origin.

CHAMOMILE: it is calming and anti-inflammatory. It cools the head when we are angry and this causes us pain. Helps clear your head of worries. For migraines in menstrual period. Headaches from overwork or mental exertion.

MELISA: lemony aroma, well “herbaceous”. The name Melisa comes from the way bees were named in Greece, in Asturias it is called BEEJEDERA PARACELSO used as a toner for the brain and nerves, it cured melancholy with it. It is a Jupiter herb.

Green Balm
It is a combination of pure essential oils in an Almond Oil base. Formula that is completed by the presence of Vitamin “E”. Contains: Essential oil of the highest quality like all the products of Universo Garden Angels

@GABRIELA_PAZ_MEDICA
If you want to know more about Dra. Paz click here 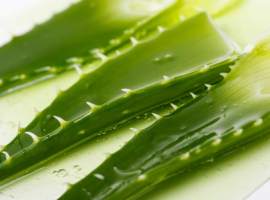 Posted in Sin categoría
by matiasPosted on 9 February, 20229 February, 2022
Aloe vera or Sabila. It is a perennial plant of the lily family that can… 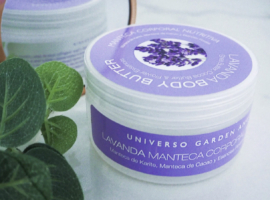